As much as the natural gas industry complains about the costs of environmental compliance, it spends a great deal of time and money fighting to keep hydraulic fracking unregulated, and its claims of safety and economic prosperity unquestioned. Their campaign to put a happy face on this harmful technology is designed to stifle the growing movement to ban fracking across the country: to date, at least 76 local and state governments have passed laws banning the practice within their borders.

As Wenonah Hauter over at Huff Post observed, the industry spent over $145 million lobbying Washington in 2010, making it one of the top five industries spending big money to buy influence — and it seems to be working: In January 2011, bipartisan congressional members of the Natural Gas Caucus opposed proposed U.S. Department of Interior rules to disclose fracking chemicals used on public lands; this caucus’ 83 members received a combined $1,742,572 in campaign contributions from the oil and gas industry between 2009 and 2010, according to a Propublica investigation.

By now, you may have seen an industry ad like this, talking up gas as a means of American energy independence and prosperity, but what they don’t say is that there are plans to export it to China and India — and profits too, as these companies are increasingly multinational or even foreign-owned.

Their hired PR guns also come out blazing when unfavorable coverage of the industry erupts, as it did in the New York Times, when reporter Ian Urbina exposed industry insider emails questioning the favorable forecasts the industry has put out on fracking — one insider going so far as calling drilling leases “Ponzi schemes.” As Politico reports, John Hanger, once secretary of the Pennsylvania Department of Environmental Protection and now an environmental consultant, compared Urbina to Judith Miller and Jayson Blair, saying “This is not their [the Times‘] first rogue reporter.”

The Marcellus Shale Coalition (whose members have a financial stake in fracking the Marcellus shale) spent a total of $1.8 million on its PR initiatives in 2009, while the Independent Petroleum Association of America (IPAA) has an $8 million budget, according to the Pittsburgh Tribune-Review. One of IPAA’s initiatives is Energy in Depth, a web site devoted to debunking the documentaryGasland.

Now, the American Petroleum Institute (API) is poised to spend $20 million on an “advocacy campaign”. We don’t know for sure, but given the industry’s difficulties in defending fracking over recent months, we bet this money will go towards a campaign that will continue to spin fracking as a safe means of achieving prosperity and energy security.

How does the industry keep contamination under wraps? It pays settlement fees to families whose water has been contaminated by shale gas drilling — fees that hinge on the landowner signing a confidentiality agreement to keep details about the case from government agencies, the media and the public.

As highlighted in a recent New York Times article, the industry pays to keep details of the public safety problems associated with gas drilling hidden from government agencies that could do something to regulate it. This has been happening for decades, and it allows the industry to continue using one of its most disingenuous talking points: that there have been no documented cases of contamination from gas drilling.

In May, New York Attorney General Eric T. Schneiderman sued federal agencies to provide a full environmental review of fracking in the Delaware River Basin since it could affect the drinking water of nine million New Yorkers.

API, IPAA and the US Oil & Gas Association intervened in the case, arguing that its members would be adversely affected. But two of the 10 federal agencies sued by Schneiderman have actually supported further review of fracking — the National Park Service and the U.S. Fish and Wildlife Service.

Recently, Wellsburg, West Virginia rescinded a ban on shale gas drilling. It appears that one reason for this might be that Chesapeake Energy recently rescinded its funding for the community’s school music program in direct response to the ban. $30,000 might not seem like a lot, but for a struggling rural school system, it certainly is no small potatoes.

A more straightforward example of how the industry buys influence beyond Washington is in New York State, where the oil and gas industry spent $1,204,567 lobbying against fracking moratorium bills in 2010, outspending groups supporting the bills 4 to 1.

Spending big money to influence policy in New York paid off for the industry. The New York Department of Environmental Conservation released a report early last month suggesting that 85 percent of the Marcellus Shale be opened up to fracking, and Governor Andrew Cuomo appears to be on board.

The industry hires academic shills who prepare reports that shine a rosy light on the industry — while glossing over serious concerns. In June, an MIT report titled, “The Future of Natural Gas” was funded by the oil and gas industry. As they write on their site:

In FY 2010, MIT’s industry-sponsored research totaled $111 million. More than 800 firms now work with MIT, both in Institute-wide programs such as the Industrial Liaison Program and the MIT Energy Initiative and in smaller collaborations… More than 180 companies partner with the program to improve their access to MIT and advance their research agendas [emphasis added].

Penn State also recently released a pro-fracking report funded by the Marcellus Shale Coalition. Media Matters for America recently took the New York Post to task for citing the report in an editorial supporting fracking, without mentioning the industry group that actually paid for it.

This happens all too often, and is a way for the industry to launder credibility for its position through third-party academic institutions.

At a June hearing in Washington, Pennsylvania, numerous landowners who had leased their land to gas drillers appeared at a hearing to talk about the benefits of fracking. But it’s what got them there that’s the interesting story: they were offered Pirates tickets, in addition to hotel rooms and travel expenses. That was one way the industry assured that the spaces at the hearing would be filled with pro-drilling voices.

It’s not much better in Washington, D.C. At the July 13 meeting of the Natural Gas Subcommittee of the Secretary of Energy, Advisory Board Safety on Shale Gas Development, the industry overwhelmed the proceedings (click here to see testimony.) 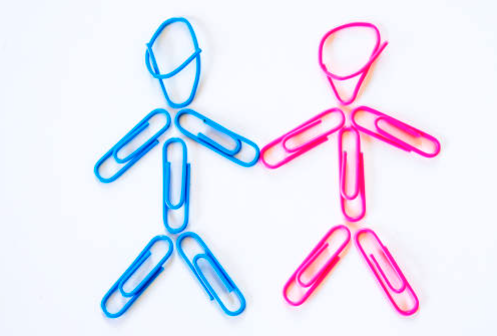