Since their profits depend on making sure they end up on the right side of every transaction, insurance companies are proxies for all kinds of modern dilemmas.

For example, when they started factoring global warming in their underwriting, even as America was neck deep in a useless and political argument, it was a sign that their mathematicians had already decided it was a real problem.

This week, the folks from Virginia Uranium held an editorial board meeting for the Hampton Roads newspaper right before their appearance before the Virginia Beach City Council.

They were there to debunk the city-sponsored study showing that uranium mining in Pittsylvania County could imperil the water supply for a million people in Hampton Roads.

A Virginia Uranium-sponsored counterstudy concluded instead that the risk was “essentially zero.”

Which raises the question: If there’s no risk, it should be easy to buy insurance to guarantee the people of Virginia clean water.

That is, after all, how insurance works. If there’s no risk, there’s almost no cost to insure against it. When a star insures her physical assets, for example, the cost of that publicity stunt is low because the risk is, too.

Virginia Uranium’s representatives spent almost an hour explaining how the Virginia Beach study got it all wrong.

How there’s no way that their mine could lead to contamination in the city’s water. That not even a hurricane could wash mine tailings into the reservoir.

It was an absurdist question with a real point: Put your money where your risk analysis is.

That’s not how these things work, they responded. That’s a regulatory issue. Companies don’t insure populations from risk.

We could get rid of all that pesky regulation if corporations like Virginia Uranium would shift the risk from taxpayers to themselves. If companies would pay the real cost of the dangers they present. If they would insure bystanders against the catastrophes they might cause.

That’s about when the earthquake shook from a fault a few miles from the North Anna Nuclear Power Station. I’m sure there was no connection. 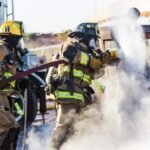 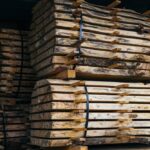