Background on Title IX: Prohibition on Sex Discrimination in Education

Title IX of the Education Amendments of 1972 prohibits sex discrimination by recipients of federal education funding. The statute provides that “[n]o person … shall, on the basis of sex, be … subjected to discrimination under any education program … receiving Federal financial assistance.” 20 U.S.C. § 1681(a). Unlike some laws prohibiting sex discrimination, such as Title VII of the Civil Rights Act of 1964, the text of Title IX does not expressly discuss retaliation for opposing the sex discrimination it prohibits.

Jackson coached a Birmingham, Alabama girls’ high school basketball team. He discovered that, compared to the school’s male sports teams, his team was not receiving equal funding and equal access to athletic equipment and facilities. Jackson complained to his supervisors about these inequalities, to no avail.

After making these complaints, Jackson received negative work evaluations and ultimately was removed as the girls’ coach.

Jackson brought suit against the Birmingham Board of Education, alleging that the Board had retaliated against him because he complained about sex discrimination in the high school’s athletic program. Jackson asserted that this retaliation violated Title IX, which provides that “[n]o person … shall, on the basis of sex, be … subjected to discrimination under any education program … receiving Federal financial assistance.” 20 U.S.C. § 1681(a).

The Jackson Court reversed. It held that retaliation against a person because that person has complained of sex discrimination in education is a form of intentional sex discrimination encompassed by Title IX’s private cause of action.

The Court concluded that when a federal funding recipient, like a school board, retaliates against a person because he or she complains of sex discrimination, this consitutes intentional “discrimination” “on the basis of sex,” in violation of Title IX.

Mistakes in the Eleventh Circuit’s Interpretation of Title IX

The Court then addressed the mistakes in the Eleventh Circuit’s reasoning. For example, the appeals court had found that Title IX did not prohibit retaliation because the text of the statute is silent on the topic. The Jackson Court observed that this argument ignored the import of the Court’s precedents repeatedly construing “discrimination” under Title IX broadly to include conduct, such as sexual harassment, that the statute does not expressly mention. Jackson, 544 U.S. at 174-75.

It did not matter, to the Court’s analysis, that Section 704 of Title VII of the Civil Rights Act of 1964, 42 U.S.C. § 2000e–3(a) (prohibiting retaliation for opposing sex discrimination in employment), expressly prohibits retaliation. The Court found Title VII to be of limited use with respect to its construction of Title IX. This was because the Court found Title VII to be a vastly different statute, which details the conduct that constitutes prohibited discrimination. By contrast, because Congress did not list any specific discriminatory practices in Title IX, its failure to mention one such practice (like retaliation) said nothing about whether it intended that practice to be covered. Jackson, 544 U.S. at 175.

The Jackson Court further supported its analysis by observing that Congress enacted Title IX just three years after Sullivan v. Little Hunting Park, Inc., 396 U.S. 229 (1969), which interpreted 42 U.S.C. § 1982‘s general prohibition of racial discrimination to include retaliation against a white man for advocating the rights of blacks. The Court noted that this timing provided a realistic basis for presuming that Congress expected Title IX to be interpreted in conformity with Sullivan. Retaliation for Jackson’s advocacy of the rights of the girls’ basketball team was “discrimination” “on the basis of sex,” just as retaliation for advocacy on behalf of a black lessee in Sullivan was discrimination on the basis of race. 544 U.S. at 176-77.

The Court then rejected the Board’s argument that Sandoval, 532 U.S. 275 (2001) called for a different result. In Sandoval, the Court held that because Title VI of the Civil Rights Act of 1964 (prohibiting race, color, and national origin discrimination in programs receiving federal financial assistance) prohibited only intentional discrimination, private parties could not obtain redress for disparate-impact discrimination based on the Justice Department’s regulations prohibiting federal funding recipients from adopting policies with such an impact. Because the Education Department had a Title IX regulation expressly prohibiting retaliation, the Board argued that Jackson, like the plaintiffs in Sandoval, sought an impermissible extension of the statute when he argued that Title IX’s private right of action encompassed retaliation.

The Court observed that this missed the point. In holding that Title IX encompasses retaliation, the Court did not rely on the Education Department regulation at all. Rather, the Court found that Title IX’s text itself contained the necessary prohibition: Retaliation against a person who speaks out against sex discrimination is intentional “discrimination” “on the basis of sex” within the statute’s meaning. 544 U.S. at 177-78.

The Court then rejected the Board’s argument that, even if Title IX’s private right of action encompassed discriminatory retaliation, Jackson was not entitled to invoke that right because he was an “indirect victi[m]” of sex discrimination. The Court observed that Title IX is a broadly-worded statute. It does not require that the victim of the retaliation also be the victim of the discrimination that is the subject of the original complaint. Therefore, so long as the retaliation occurs because the complainant speaks out about sex discrimination, the statute’s “on the basis of sex” requirement is satisfied. This makes the complainant a victim of discriminatory retaliation, regardless of whether he was the subject of the original complaint. 544 U.S. at 179.

After all, the Court observed, Congress enacted Title IX not only to prevent the use of federal dollars to support discriminatory practices, but also “to provide individual citizens effective protection against those practices.” 544 U.S. at 180 (quoting Cannon, 441 U.S. at 704). That objective would be difficult to achieve if persons complaining about sex discrimination did not have effective protection against retaliation. 544 U.S. at 180.

Finally, the Court rejected the Board’s reliance on the principle that, because Title IX was enacted as an exercise of Congress’ Spending Clause powers, a private damages action is available only if the federal funding recipient had adequate notice that it could be held liable for the conduct at issue. This principle was discussed in Pennhurst State School and Hospital v. Halderman, 451 U.S. 1, 17 (1981). The Jackson Court, however, noted that Pennhurst does not preclude such an action where a funding recipient, like the Board, engaged in intentional acts that clearly violate Title IX. 544 U.S. at 182 (citing Davis, 526 U.S. at 642).

Further, the Court observed, the Board should have been put on notice that it could be held liable for retaliation by the fact that the Court’s decisions since Cannon consistently interpreted Title IX’s private cause of action broadly to encompass diverse forms of intentional sex discrimination; by the text of Title IX itself, which expressly prohibits intentional conduct that violates clear statutory terms; by the regulations implementing Title IX, which clearly prohibit retaliation and had done so for nearly 30 years; and by the holdings of all of the Courts of Appeals that had considered the question at the time of the conduct at issue that Title IX covers retaliation. 544 U.S. at 183-84 (citing Davis, 526 U.S. at 642 and 644). The Court noted that, given this context, the Board could not have realistically supposed that it remained free to retaliate against those who reported sex discrimination. Id.

For these reasons, the Court concluded that Jackson could prevail on the merits of his Title IX claim by proving that the Board retaliated against him because he complained of sex discrimination. 544 U.S. at 184.

This article was also published to TimCoffieldAttorney.com. 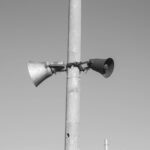 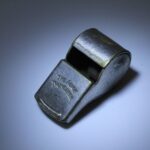