The federal Employee Retirement Income Security Act of 1974 (ERISA) sets requirements for most voluntarily created retirement and health plans in the private sector. ERISA’s rules are intended to protect the employees in these plans.

Among other things, ERISA (1) requires plans to provide participating employees with information about plan features and funding, and other plan information; (2) imposes fiduciary responsibilities on those who manage and control plan assets; (3) requires plans to establish a grievance and appeals process for participating employees to get benefits from their plans; and (4) gives participants the right to file lawsuits for unpaid benefits and breaches of fiduciary duty.

The U.S. Department of Labor’s Employee Benefits Security Administration (EBSA) is responsible for administering various provisions of ERISA. The DOL website, cited throughout this post, provides helpful information about ERISA rights and responsibilities. Here is a link to the text of the law.

Among the documents an ERISA plan administrator must provide is the plan’s Summary Plan Description. The SPD informs participating employees about the benefits their health or retirement plan provides and how the plan operates. The SPD also generally explains when an employee can start participating in the plan and how the employee should go about filing a claim for benefits under the plan. Participating employees must also be informed about changes to the plan, either through a revised SPD, or in a separate document, called a Summary of Material Modifications.

Required ERISA plan information also includes a Summary of Benefits and Coverage (SBC).  The SBC is a template document that should clearly summarize key features of the plan, including covered benefits, cost-sharing provisions, and coverage limitations. Plans and issuers must provide the SBC to participants and beneficiaries at certain times (including with written application materials, at renewal, at special enrollment, and on request). If a participating employee has trouble obtaining the annual report of a plan from the plan administrator, she or he can submit a written request to EBSA.

A plan fiduciary is primarily responsible for running the plan in the best interests of the plan participants and beneficiaries for the purpose of providing benefits and paying plan expenses. This entails, among other things, acting prudently and diversifying the plan’s assets to minimize the risk of large losses, while following the plan terms to the extent those terms comply with ERISA’s requirements.

Plan fiduciaries must also take care to avoid conflicts of interest. This means they may not engage in transactions on behalf of the plan that benefit parties related to the plan, such as other fiduciaries, services providers, or the plan sponsor. If a plan fiduciary does not adhere to these principles of conduct, courts may take appropriate action to address the situation, such as removing the fiduciary and holding the fiduciary personally liable to restore losses to the plan, or to restore any profits obtained by improperly using plan assets.

ERISA plans often look a lot like contracts — an agreement between an employer and an employee regarding pensions or other employment benefits. When a party to a contract fails to comply with its terms, the other party typically can file a lawsuit under state law for breach of contract. But when a plan administrator violates the terms of an ERISA plan, ERISA generally preempts a claim for breach of contract. See 29 U.S.C. § 1144(a) (“the provisions of [ERISA] shall supersede any and all State laws insofar as they now or hereafter relate to any employee benefit plan.” This generally means that an employee whose ERISA rights are violated must seek a remedy using ERISA’s private cause of action provisions (typically in federal court), rather than bringing a state law claim for breach of contract.

In Aetna Health, Inc. v. Davila, 542 U.S. 200 (2004), the Supreme Court described the test for preemption in the context of claims to recover employee plan benefits. “[I]f an individual, at some point in time, could have brought his claim under ERISA § 502(a)(1)(B), and where there is no other independent legal duty that is implicated by a defendant’s actions, then the individual’s cause of action is completely preempted by ERISA § 502(a)(1)(B).” Davila, 542 U.S. at 210.

In other words, under Davila, ERISA preemption applies when two circumstances coincide. First, the employee’s claim must fall within the scope of ERISA, meaning that the claim has to be related to an employee benefit plan. Section 502(a) of ERISA authorizes an employee to bring a civil suit to recover these kinds of benefits. That section of ERISA authorizes a participating employee to file suit “to recover benefits due to him under the terms of his plan, to enforce his rights under the terms of the plan, or to clarify his rights to future benefits under the terms of the plan.” 29 U.S.C. § 1132(a)(1)(B). Second, there must be no other independent legal duty (aside from breach of the plan) implicated by the employer’s failure to provide the benefits at issue. If both criteria are met, ERISA preempts state law claims for recovery of the benefits.

The power of ERISA to convert claims under the laws of various states into a single kind of federal claim makes it easier for employers to have one uniform benefit plan, regardless of how many different states the employer operates in. In this sense, ERISA was designed to help larger employers and unions that operate in multiple states. ERISA’s preemption provision provides these organizations with uniformity, by allowing employers to focus on complying with the terms of ERISA throughout the country, at least to the extent that those terms preempt the various laws of 50 different states.

ERISA Does Not Preempt Federal Claims.

While ERISA preempts state laws, it does not preempt other federal laws. For example, ERISA preemption does not apply a claim under a federal law like the Americans with Disabilities Act. See 29 U.S.C. § 1144(d) (“Nothing in [ERISA] shall be construed to alter, amend, modify, invalidate, impair, or supersede any law of the United States (except as provided in sections 1031 and 1137(b) of this title) or any rule or regulation issued under any such law.”)

COBRA, HIPAA, and Other ERISA Amendments

Congress has amended ERISA many times. One of these amendments, the Consolidated Omnibus Budget Reconciliation Act (COBRA), provides some employees and their families with the right to continue their group health coverage (at their expense) for a limited time after certain events, such as voluntary or involuntary job loss, a transition between jobs, reduction in hours worked, divorce, death, and other major life events.

Another ERISA amendment, the Health Insurance Portability and Accountability Act (HIPAA) contains provisions aimed at protecting employees and their families from potential discrimination in health coverage based on factors that relate to an individual’s health. Among other things, HIPAA includes protections for coverage under group health plans that prohibit discrimination against employees and dependents based on their health status. 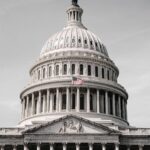 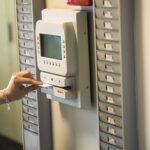 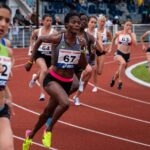