In Uzuegbunam v. Preczewski, 141 S.Ct. 792 (2021), the Supreme Court held that a request for nominal damages satisfies the redressability element necessary for Article III standing where a plaintiff’s claim is based on a completed violation of a legal right. The case is important because it provides a way for plaintiffs whose Constitutional rights have been violated to vindicate those rights in court, even after the defendant modifies its policies in response to the lawsuit.

The plaintiffs were two students of Georgia Gwinnett College who wished to exercise their religion by sharing their faith on campus. In 2016, Chike Uzuegbunam talked with interested students and handed out religious literature on campus grounds. After a campus police officer informed him that campus policy prohibited distributing written religious materials outside areas designated for that purpose, Uzuegbunam stopped. A college official later told Uzuegbunam that he could speak about his religion or distribute materials only in two designated “speech areas” on campus, and even then only after securing a permit.

But that did not work out either. When Uzuegbunam obtained the required permit and tried to speak in a free speech zone, a campus police officer again asked him to stop. This time the officer told Uzuegbunam that people had complained about his speech.

School policy at that time prohibited using the free speech zone to say anything that “disturbs the peace and/or comfort of person(s).” The officer told Uzuegbunam that his speech violated this policy because it had led to complaints. The officer threatened Uzuegbunam with disciplinary action if he continued. Uzuegbunam again complied with the order to stop speaking about his religion on campus. Another student who shared Uzuegbunam’s faith, Bradford, decided not to speak about religion because of these events.

Both Uzuegbunam and Bradford sued certain college officials charged with enforcement of the college’s speech policies, arguing that the policies violated the First Amendment.

Relevant to the Supreme Court decision, the students sought injunctive relief and nominal damages. Nominal damages are token damages in a small amount, usually one dollar. The college officials ultimately chose to discontinue the challenged policies rather than to defend them in the lawsuit. The college officials then sought dismissal of the lawsuit on the ground that the policy change left the students without standing to sue.

The parties agreed that the policy change rendered the students’ request for injunctive relief moot, but disputed whether the students had standing to maintain the suit based on their claim for nominal damages.

The Eleventh Circuit held that while a request for nominal damages can sometimes save a case from mootness, such as where a person pleads but fails to prove an amount of compensatory damages, the students’ plea for nominal damages alone could not by itself establish standing.

The Supreme Court reversed. It held that a request for nominal damages satisfies the redressability element necessary for Article III standing where a plaintiff’s claim is based on a completed violation of a legal right.

Citing Spokeo, Inc. v. Robins, 578 U.S. 330, 338 (2016), the Court first observed that to establish Article III standing, the Constitution requires a plaintiff to identify an injury in fact that is fairly traceable to the challenged conduct and to seek a remedy likely to redress that injury. The dispute in Uzuegbunam concerned whether the remedy sought—nominal damages—could redress the completed constitutional violation that occurred when campus officials enforced the speech policies against him. The Court decided to look to the forms of relief awarded at common law to determine whether nominal damages can redress a past injury. The Court concluded that the prevailing rule at common law was that a party whose rights are invaded can always recover nominal damages without furnishing evidence of actual damage. This rule was well reasoned. By allowing plaintiffs to seek nominal damages whenever they suffered a personal legal injury, the common law avoided the oddity of privileging small economic rights over important, but not easily quantifiable, nonpecuniary rights—like the First Amendment-protected religious speech at issue in Uzuegbunam. 141 S.Ct. at 797-800.

Second, the Court observed that the common law did not require a plea for compensatory damages as a prerequisite to an award of nominal damages. This was because nominal damages are not purely symbolic. The Court explained that they are the damages awarded by default until the plaintiff establishes entitlement to some other form of damages. Citing Church of Scientology of Cal. v. United States, 506 U.S. 9, 13 (1992), the Court observed that while a single dollar often will not provide full redress, the partial remedy satisfies the redressability requirement.

The Court rejected the college’s argument that a plea for compensatory damages was necessary to confer jurisdiction, on the grounds that this theory did not square with established principles of standing. The Court further observed that unlike an award of attorney’s fees and costs which may be the byproduct of a successful suit, an award of nominal damages constitutes relief on the merits. 141 S.Ct. at 800-02.

Finally, the Court cautioned that a request for redress in the form of nominal damages does not guarantee entry to court. In addition to redressability, the plaintiff must establish the other elements of standing and satisfy all other relevant requirements, such as pleading a cognizable cause of action. The Court noted that Uzuegbunam experienced a completed violation of his constitutional rights when the college officials enforced their speech policies against him. Therefore, nominal damages could redress Uzuegbunam’s injury even if he could not or chose not to quantify that harm in economic terms. However, the Court did not decide whether Bradford (who decided to stop speaking based on the treatment of Uzuegbunam) could pursue nominal damages. The Court referred to the trial court the question of whether Bradford had established a past, completed injury. 141 S.Ct. at 801-02.

In short, Uzuegbunam held that where a plaintiff’s claim is based on a completed violation of a legal right, a request for nominal damages satisfies the redressability element necessary for Article III standing. The case is important because it provides a way for plaintiffs whose Constitutional rights have been violated to vindicate those rights in court, even after the defendant modifies its policies in response to the lawsuit.

This article was originally posted on TimCoffieldAttorney.com. 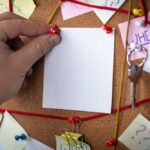